Imaginary Fear Can Kill You!

I read a story of a man locked in an unplugged freezer. The imaginary fear actually caused his death. Nick Sitzman was locked in a refrigerator boxcar accidentally, the rest of the workmen left the site. Nick panicked.

He banged and shouted until his fists were bloody and his voice was hoarse. No one heard him. “If I can’t get out, I’ll freeze to death in here,” he thought. Wanting to let his wife and family know exactly what had happened to him, Nick found a knife and began to etch words on the wooden floor. He wrote, “It’s so cold, my body is getting numb. If I could just go to sleep. These may be my last words.”

The next morning the crew slid open the heavy doors of the boxcar and found Nick dead. An autopsy revealed that every physical sign of his body indicated he had frozen to death. And yet the refrigeration unit of the car was inoperative, and the temperature inside indicated fifty-five degrees. Nick had killed himself by the Power of Fear.

What is Your Fear?

Drop Out of the - Ain’t It Awful Club. Results Package

Setting goals activates both the conscious and the subconscious mind to figure out what needs to happen to make the goal a reality. Assigning each goal a clear deadline activates the Law of Attraction and participants will begin to attract the resources necessary to accomplish the goal.

What Is Life Coaching?

Coaching is about performing at your best through the individual and private assistance of someone who will challenge, stimulate and guide you to keep growing.

Essentially it is about helping you to reach self-actualisation – a point at which you not only truly know yourself but within this knowledge possess a feeling of comfort with and understanding of the person you discover.

Who Is Coaching For?

Coaching works for anyone willing to make positive changes and has a strong desire to change. However, it  is not counselling or therapy. Coaching helps people take back their power, its amazing when this happens. The transformation is extraordinary

I will  engages in a collaborative alliance with you to establish and clarify purpose and goals and to develop a plan of action to achieve those goals.

I will establish an understanding of what is really important to you in life and subsequently enable you to take charge of your life; to construct and act upon action plans that will help you to realise these priorities.

Coaching is about helping you to create and work towards the grandest version of your personal vision.

You will be guided through a detailed process beginning with the need to re-evaluate your present position, who you really are, where your priorities lie and the need to make a definite and conscious decision about the future you would like to create.

3. Coaching is Results Based

With the help of a personal life coach you really can re-shape your life, overcome all the obstacles and live the life that you love.

Coaching is essentially a conversation – that is, a dialogue between you and your coach.  Within a productive, results-oriented context, coaching involves coaching you to access what you already know.

The reality is that you have the answers to all your questions – asked and unasked.

Your coach provides the essential assistance, support and encouragement to seek and find these answers; to guide you towards asking the right questions, and deal with the answers.

4. Coaching is about taking responsibility to achieve maximum results

In order to get results we have to take responsibility for our thoughts and actions. Our commitment to take action  will result in growth and transformation.

5. Coaching is Holistic and transforms all areas of your life

Coaching is results based and transforms all areas  of your life namely; 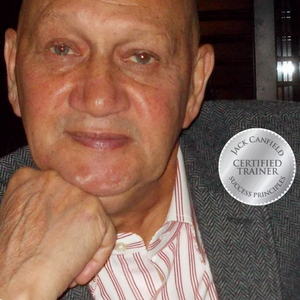 I was not always this fearless or confident. I failed so many times in life because I was  too afraid to try something new and challenging.

By using the Success Principles, I took responsibility for my thoughts and actions. I soon witnessed a transformation in my thinking and behavior.

I am a Jack Canfield Certified Trainer in the Success Principles. I  have  helped many overcome their fears to lead happy  fulfilled lives.

Today ! I am Living My Life Of Purpose

Read  How I Overcame My

Fear Of Speaking in Public

Don’t Wait Any Longer. Start Forging Your Own Path Today!